Personally, sometimes I feel like the “National (X) Day” stuff is getting out of hand. But then I found out National Freelancer's Day is June 20th and I thought, “Finally! A holiday I can get behind.”

One of the biggest issues for freelancers everywhere is getting paid on time (or, you know, at all…) I mean, just look at all these memes on the subject. 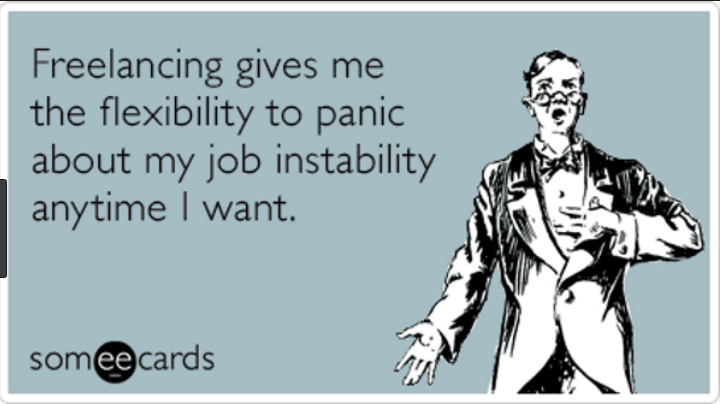 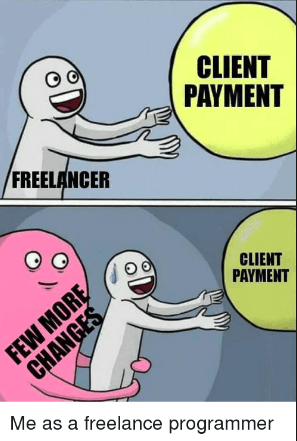 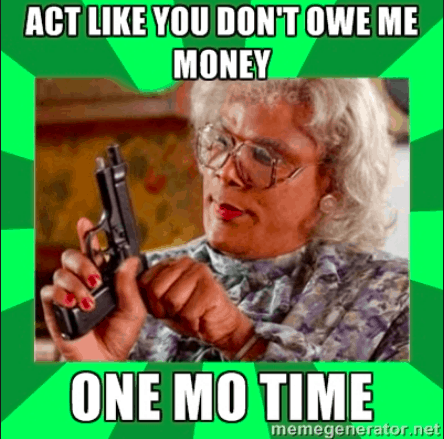 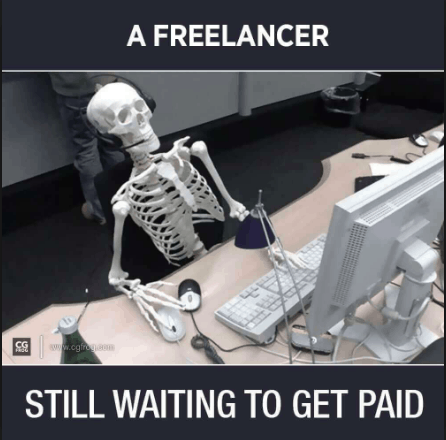 Although it's been a few years since I've had issues with client payment (Seriously, all of the instances below happened 2013-2015), I thought it would be fun to commemorate the occasion with a quick list of some of the crazier things I've done when clients refused to pay up. 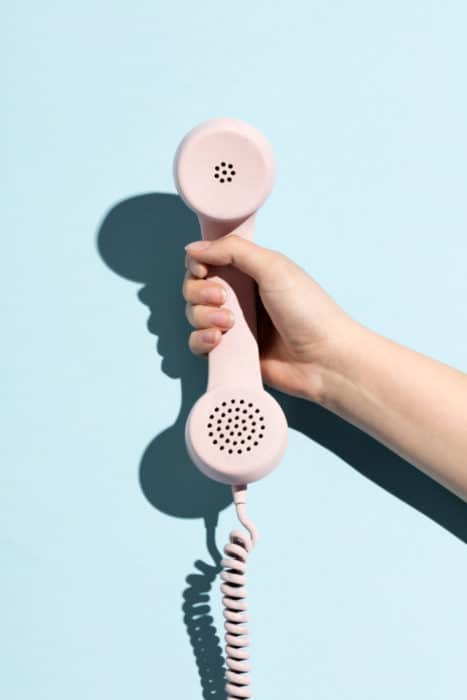 My very first non-personal finance freelance client was subcontracting for an SEO consultant to write copy for a doctor's office website. They offered treatment for ultra-glamorous hemorrhoids and my job was to write 40 pages of copy to help them rank better in search.

Suffice to say, I now know everything about hemorrhoids: the warning signs, when to consult a physician, and at-home hemorrhoid relief.

I spent probably ten hours (or more) writing the copy and then turned it over to my contact. He said he had no changes or revisions, and seemed genuinely thrilled by the work.

….You can guess where this is going: weeks went by and no payment. No response to my emails. Nothing. And yet, my gorgeous hemorrhoid copy was all over their new website.

It became very clear I'd been ghosted.

But then it occurred to me I knew the name of the medical facility client. And at the very least, if he wouldn't pay me, I could make sure they wouldn't use him again…and likely tell other offices not to use him as well.

And like a woman possessed, I began to call the hemorrhoid office 1-2 times each day.

I left messages with the head of their marketing, stating exactly who I was, who I was working for and that I hadn't been paid. They told me to get in touch with my contact. I still kept calling. At this point, I was just making a fuss. It never ceases to amaze me how people can f*ck over freelancers and expect them to just go away quietly.

B*tch, I literally sit at home all day. Sure, I work, but I also have unlimited flexibility to make time in my schedule to make life difficult for you.

After a week, the guy who ghosted gets in touch and tells me to stop calling the office. That I was being unprofessional and “harassing” his client. Suddenly, he's very honest about how he's not going to pay me because the work was not usable or up to his standards (even though I could see it on the company website.)

And yes, we had a formal contract in place and I sent him a demand letter.

But after all that, he still never got back in touch so I eventually wrote it off. I may or may not have also written one of those crazy Yelp reviews you see all the time on the hemorrhoid clinic's page.

(I said in the review I hadn't been there, but that they don't pay their contractors and are probably shady so you shouldn't go there.)

And while you may say it's not their fault, it's collateral damage, people. I don't feel bad about it.

I can look back at this and laugh because I think he only owed me like $400, but when I was just starting out, had just bought my first home and was working so hard to build a business. That $400 was everything and I took it very personally, especially since I'd never been burned quite like that before.

It taught me a valuable lesson though. Always get 50% up front so you both have skin in the game.

And at least I now know how to spell “hemorrhoid” without looking it up. 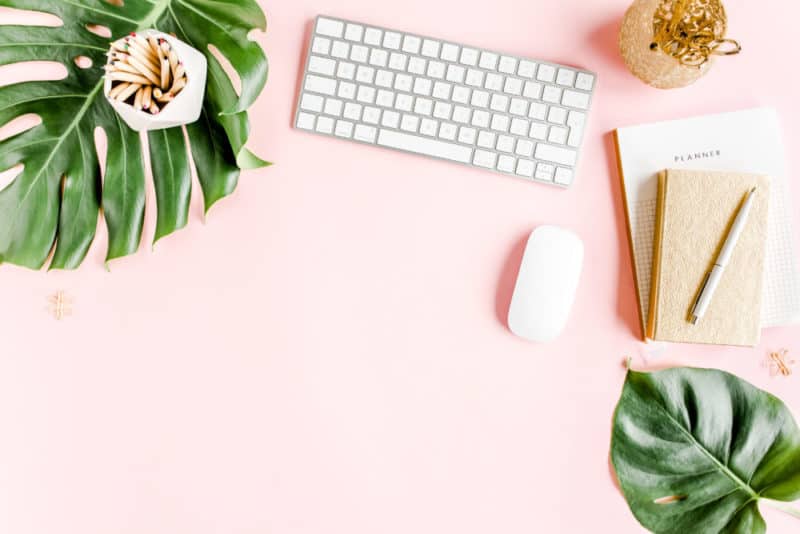 This is still probably the most bizarre thing that has ever happened to me in my professional life.

I'd secured a client (also in the personal finance space) and had used my name to secure this company press coverage on Forbes and a number of notable blogs. At first, I was really energized by what the company was doing and they seemed to be doing well.

But less than six months later the startup ran out of money.

And while I'd gotten 50% of my last invoice, they still owed the final 50%. Work had been dwindling from them (because they were running out of money), but I'd just left my fulltime job and reallllly needed that $250 I was owed.

I sent an email inquiring about the invoice and got the weirdest/most condescending email back. It's still probably the angriest I've ever been over an email/someone's words and I was once verbally abused for 18 months by an old boss. (Yes, I was so pissed off I took a screenshot of this email that I still have in my Dropbox to this day…lol.)

*I've cleared out all personally identifiable information because I'm classy like that.

I keep it around as a reminder not to take anyone's BS.

#3 – I Stopped Working and Refused to Go Further 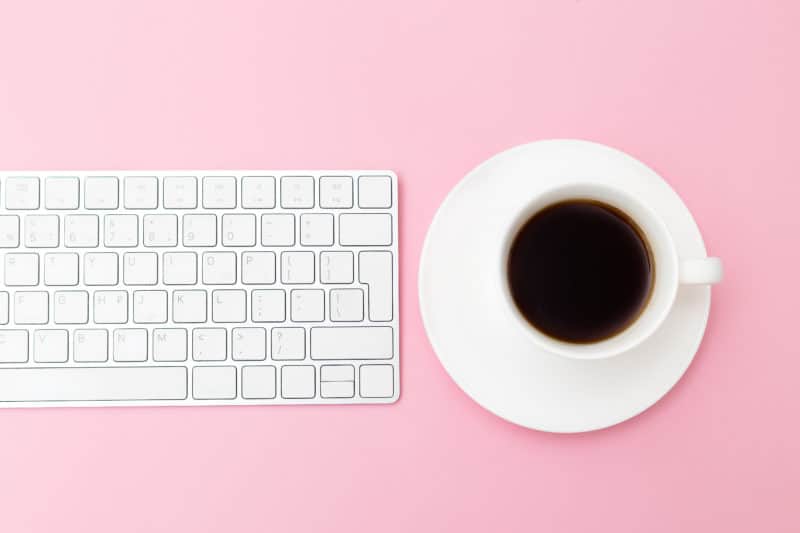 This one isn't as outrageous as the ones above, but I have had regular clients take 60+ days to pay and still expect me to keep working. It got so bad one time that I finally dropped work in the middle of an ongoing project.

While some may consider this unprofessional, I consider it unprofessional to just expect someone to keep working – even when they haven't been paid for work they did two months prior. You'd never do that to someone in a 9-5, ever.

So, instead, I sent my contact an email and said I couldn't do my best work if I had to wonder where the money was coming from, take on more work from other clients to fill in the gaps in my income, and spend precious time constantly chasing down invoices from her Accounts Payable department.

Instead of being angry, I politely let her know I'd had clients ghost before and wanted to ensure we were current on payment before moving forward. I then asked how we could come up with a solution together so we could both get what we wanted: me (timely payment) and her (fabulous work product on her deadline.)

She understood and (thankfully) went to bat for me.

We ended up working out a system where my invoices were set to autopay in exchange for a small discount. I also implemented a late fee for any invoice that went over 30 days and we never had problems again.

And while they were frustrating at the time, I've gotten more than got my money's worth in valuable life lessons from these situations. Each thing taught me something, and I took what I learned and implemented them over time (I just hit my 6th year of freelancing) and 2019 Lauren only works with people I've met in person, or who I've been connected with through a reputable friend. I also get half up front (RE-LI-GIOUS-LY), and I charge what I'm worth so I don't have to sweat every penny when someone pays late.

So, with all of that said. Hug a freelancer this week. Or, at least pay their invoice.

Freelancers! – What's the craziest thing you've done to get paid?