I've been tempted to try living a car-free lifestyle since I recorded an #awkwardmoneychat episode about it wayyyy back in 2014. (It's no longer on Youtube and instead lives in my secret vault.) Honestly, it never seemed doable in a “car city” like Atlanta, but be careful what you put out into the universe. Before I knew it, the opportunity presented itself, although not in the way I expected.

Many may not know this, but back in November 2017 (on the night before I left for this trip with Barclay for the Uber Visa Card) Rich, Roo, and I got into a bad car accident.

We were rear-ended at a very high speed by a driver not paying attention when we braked to let the car in front of us make a left turn. The driver in the oncoming car was distracted by a fight with his girlfriend and easily hit us at 40-50 miles per hour. Thankfully, no one was seriously hurt (although Roo still shakes in the car!), but it completely totaled my vehicle…and left me with a lingering creaky hip I can't seem to shake, but that's another story!

That's the abbreviated version, but the point of this post is to tell you what came after I lost my car and why I made the decision not to replace it for a year and what I learned during that 14 month period of time. 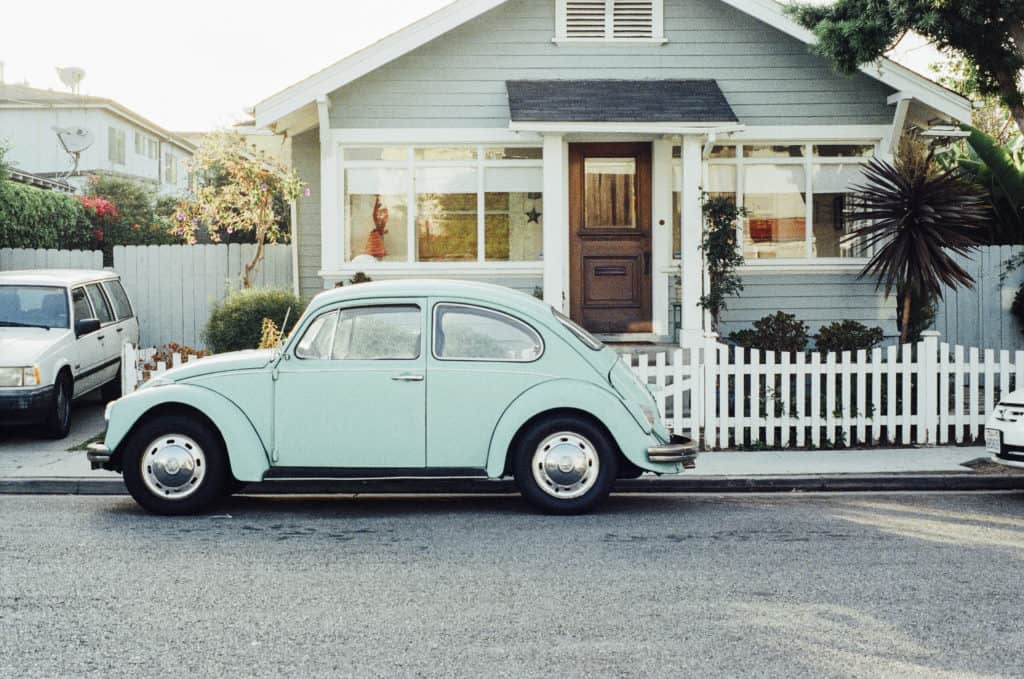 What does car-free mean?

Car-free means you live life without a car.

Why did you ultimately decide to live car free?

I started a new full-time job back in August 2017 and I was already using MARTA to get to and from work. It was such a better, faster commute by train. Since I'd already drastically reduced my car time after taking the job, by the time of the accident two months later in November, I was only using my car 3-4 times a week for errands and the like.

At first, with the holidays coming up and a bunch of travel on the schedule (accident was November 17th – Thanksgiving and Christmas followed shortly thereafter) I decided to just get through the next six weeks and hopefully by the first of the year I'd know how much I was going to receive as a settlement and be in a better place (mentally) to shop for a car.

I'd been injured in the accident and wasn't feeling my best, and knew I could put the decision off for a bit. After six weeks I found I rather enjoyed not having the hassle of a car payment, car insurance, car maintenance and decided to just keep it going!

How did you get around without a car?

Was living without a car in a city like Atlanta difficult?

Not at all. Uber and Lyft have really changed the game. I was always able to go almost anywhere I needed to in-town. Even though I have a car now, I still prefer to have someone drive me so I don't have to fuss with parking.

But again, my job was very close to where I lived, which is not the case for most people in Atlanta. (Although if you can, you should consider it – being commute free will CHANGE YOUR EFFING LIFE.)

My world did shrink. For about a year I really only lived within the 20-mile radius of our Midtown apartment building, my downtown office building, and the barre studio I frequent.

Was it frustrating to miss my friend's kid's first birthday because Rich had the car that day? Yes, but for the most part, I really didn't mind.

In many ways, it made life a lot simpler.

What was the cost of living car-free?

Total costs included $42.50/month for my MARTA pass to get to and from work. Work didn't reimburse me for this, but they allowed me to save a portion of my paycheck pre-tax to offset the cost.

I also was living with my now-husband at the time and he did have a car, which I borrowed a lot when he wasn't using it. This cut down on my need for Ubers when we both worked in Midtown, Atlanta. (About 4/14 months of this experiment).

My Uber trips went up drastically after Rich started a new job and began commuting 45 minutes each way.

Here's a sexy excel image of what my transportation costs were like with a car vs. without. I took the average expenses out my Mint.com account so these are pretty accurate.

Is Uber cheaper than owning a car?

It depends on how often you need to drive and the distances you go when you take Uber. For me, taking uber was ~$200 less than paying a car payment plus insurance. I live in a highly walkable area and technically while I lived car-free, our household was a “one-car family” because my live-in partner allowed me the use of his car sometimes.

Is it cheaper to live without a car?

Yes, it is cheaper to live without a car. You'll save money each month from not having a car payment, but it helped me save money on insurance, maintenance, and gas as well. Just eyeballing the numbers above, I saved around $340 each month by not having a vehicle to pay for or maintain.

Obviously, this is a nice chunk of change. It came in handy while we were paying for our wedding, buying our first home together, and saving for our honeymoon.

Is it possible to live without a car?

Ultimately, I think it's possible for anyone to live without a car if they're willing to get creative with how they get and from places.

And for those who say Uber/Lyft is too expensive, I say poo-poo. Owning a car is expensive. Financing a car even more so. With just my car payment and insurance, I was paying over $400 per month for having a car. Do you know how many Ubers you can take for that amount?

Where can you live without a car?

Obviously, urban areas are better than rural ones. That doesn't mean it can't be done. You can  also find additional information here:

How to Get Around With a Car: My Tips

What was your favorite part of getting around without a car?

Okay, three things because I can't pick just one…..

Here is an awkward photo of me at Carmax that day. But whatever, I was excited. 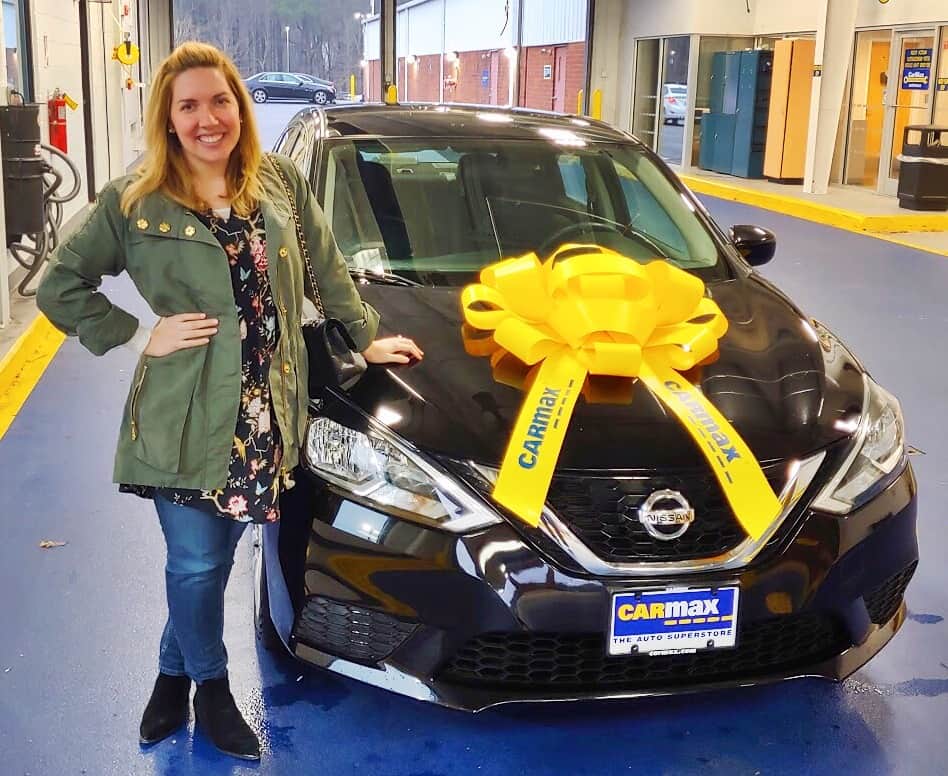 Take the money you save by not having a car and put it into a high-yield savings account so you have a place to stash your savings that earns as much as it possibly can. I like to recommend CIT Bank (this is where I keep my savings, too!)  thanks to its higher-than-average interest rate (25x the national average) and no-fee structure. All it takes is $100 to open. Click here to learn more.

What other questions do you have about living without a car? Do you think it's something you could do? 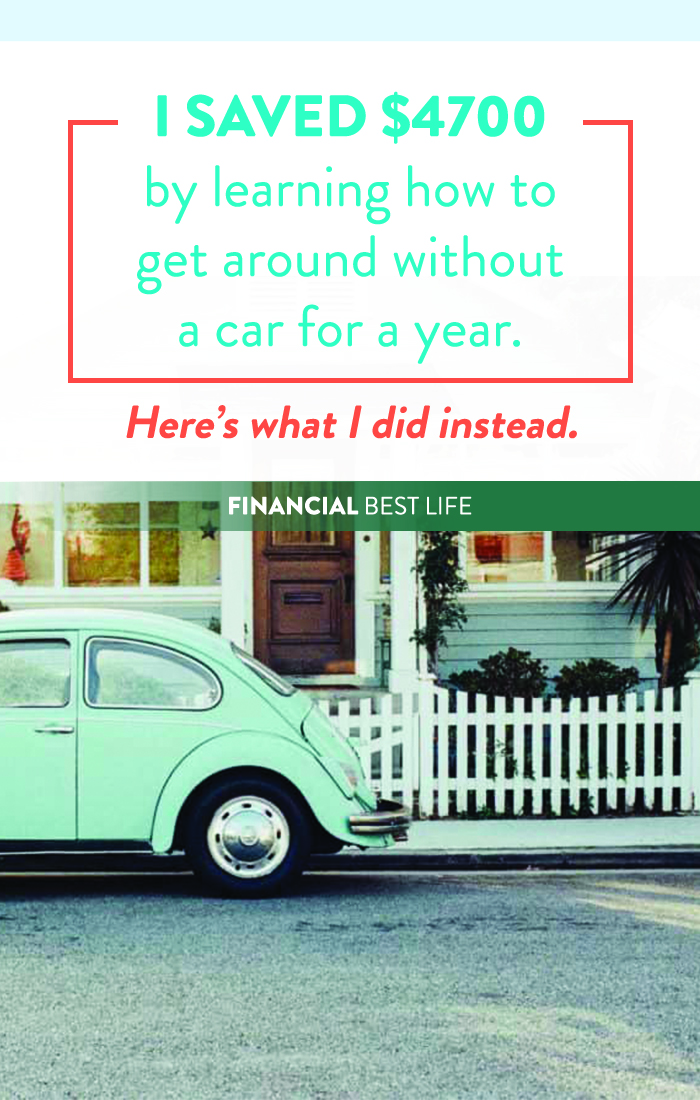